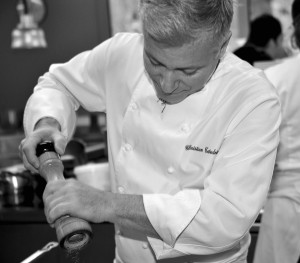 Christian Tetedoie is currently Chef at Tetedoie in Lyon (France), for which he has been awarded a Michelin star. He is also President of Maitres Cuisiniers de France, one of the world’s most exclusive association of Chefs, dedicated to the promotion of French cuisine abroad.

Having trained with Georges Blanc, Paul Bocuse, and in the kitchens of the French presidential palace, Christian became Meilleur Ouvrier de France in 1996.