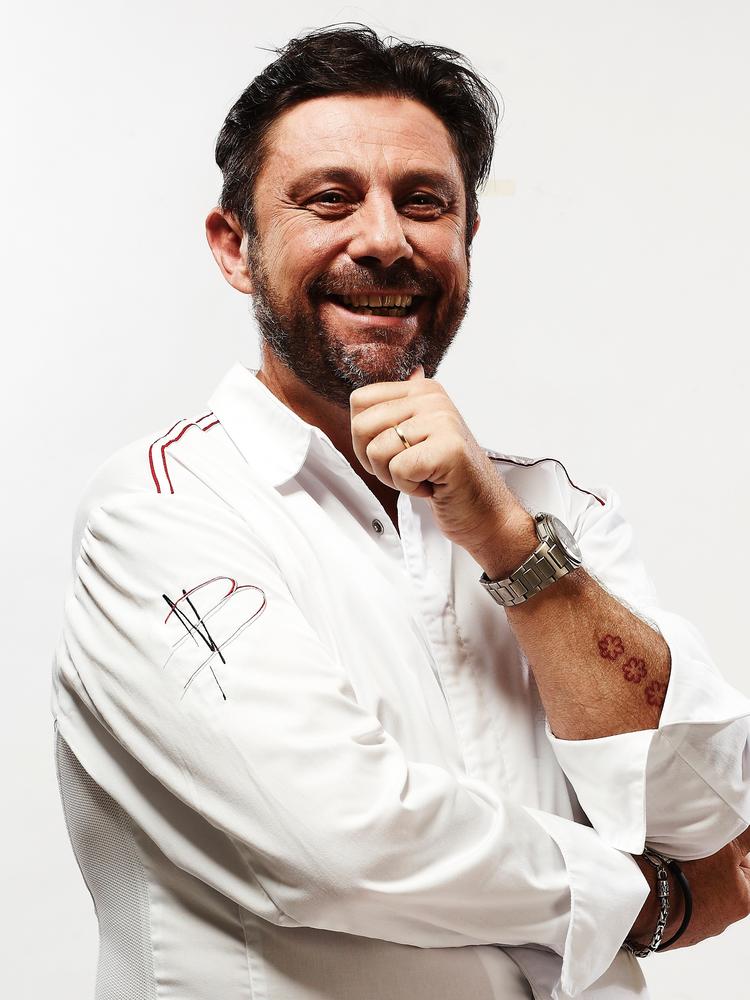 Bruno Menard, is a former Executive Chef at Restaurant L’Osier, Tokyo, for which he received three Michelin stars. He was previously Chef at the Ritz Carlton Hotels, where he gained, at the Dining Room in Atlanta, the Mobile Guide’s five stars and AAA’s five diamonds (only 14 restaurants in North America have this designation), and a Gault & Millau 18/20 rating.

Bruno has been designated by the French government a “Chevalier de L’Ordre du mérite Agricole”, among many other official awards.